Mind tricks you can do on your friends! Most amazing riddles and illusions ever and how these mind blowing mind games work 12. Scary Visions- This trick can be a bit scary, so pick a friend who is brave enough to take on this mind-blowing illusion! In a dark room, have your friend stand about twenty inches away from a large mirror and hold a candle directly behind them. Have your friend gaze at their reflection in the mirror, and after a minute they will start to see their face become horribly distorted. Italian psychologist Giovanni Caputo set up this trick and tested it out on fifty people. Twenty-eight percent of those people saw images of an old woman, child or ancestor in the mirror and some people even saw animal faces like a cat, pig or a lion. All fifty participants experienced some form of this dissociative identity effect, at least for some apparition of strange faces and often reported strong emotional responses like they were being watched; mostly attributed as a result of the brain failing to combine all the facial elements into a single image. 11. Mary’s Mother- Read this sentence correctly. Mary’s mom had four children: April, May, June and blank. If you replied with July, then you’re wrong. The correct answer is Mary. National Geographic’s Brain Games host Jason Silva, says your brain is wired to be efficient and looks for a pattern in everything. Even though the answer lies at the beginning of the sentence, your brain automatically blurts out July because that’s the next month that follows in that order. This mind trick showcases how your automatic or system one brain process works. This way also utilizes shortcuts as an attempt to save energy in the brain to do other tasks like running the body or keeping yourself alive. 10. Leg control?- Have your friend sit down and tell that with the power of your mind, that you can monitor their leg and anything they do with their arm, you will command their leg to do. First, tell them to raise their left foot and make clockwise circles with their leg. Now tell them to make counterclockwise circles with their left arm. Now bring the attention that her leg is now doing the same! Instruct your pal to get their leg going clockwise again with the left hand in a still motion. Then tell her to draw a stickman in the air, and their foot will start drawing as well. When you are trying to do difficult multitasks with limbs on the same side of your body, the way your nerves get indications results in the natural dominance of your hands and arms over legs and feet. But your friend doesn’t have to know the real reason why just make them think you’re some sort of psychic or magician. 9. Money Grab- Here’s an easy game you can play with a friend. Hold out any dollar bill to your pal and have them place their index finger and thumb a few inches away from the bill, ready to grab it. Prepare to drop the bill. However, your friend isn’t allowed to move their whole arm. They can only use their fingers. Then let go of the money. Your friend won’t be able to catch the money no matter how hard they try because it all has to do with mental processing speed and time. Everything you see happens one-tenth of a second before it records in the brain, which is the amount of time required to assess the information that comes in through the eyes and your senses. Besides watching the dollar bill drop, your brain also has to tell your fingers to move to catch the bill. So by the time this happens, the money is out of reach. So it’s actually interesting to wonder how quickly our brains can function, but we tend to overestimate our reaction time 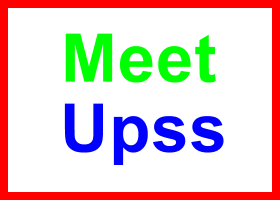 HOW TO START VLOGGING | PAANO ..

The Finnish House from double ..

We sell link space for $9.99 a month for each website you want your link on.
Email us at admin@ajbids.com if you want to be linked to our websites.